CREATINE: A MUSCLE (AND BRAIN) BUILDER 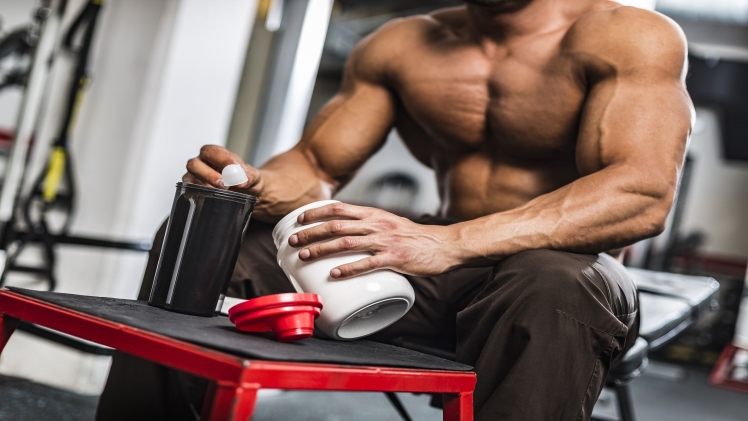 In the sea of overhyped marketing claims that support a billion-dollar-per-year supplement industry, creatine holds court as one of the few markedly effective tools with both a strong evidence record and safety profile. It’s a natural substance produced in the body and found in red meat and fish (one pound of raw beef contains 2.5 grams of creatine), and supplementing with it leads to substantially increased muscle performance.

Adenosine triphosphate (ATP) is the energy currency of cells, used during muscle contraction. Once ATP gets used by a cell during intense exercise, creatine acts like an energy reserve, recycling it to create new ATP. No additional glucose or oxygen is needed, and ATP output remains constant. Consuming additional creatine leads to increased cellular energy stores in muscle, which allows for increased energy replenishment. But creatine isn’t just for powering through heavy gym workouts.

It’s a necessity in the brain, acting as a highenergy buffer to help rapidly recycle ATP. While ATP use holds stable during mental exertion, creatine levels drop in support of the energetic needs of the brain, and higher levels of brain creatine are correlated with better memory performance. 13 Because they don’t eat red meat or fish, vegetarians and vegans lack the main sources of dietary creatine, and as a result they have lower levels of it in their blood than omnivores.

14 (Though the body does create its own creatine, doing so is a stress on the system—one that can raise levels of an amino acid called homocysteine, which is a risk marker for heart disease and Alzheimer’s.) 15 When vegetarians were given supplemental creatine (20 grams per day for five days), their cognitive function improved. 16 This was replicated in another study, where supplementation of only 5 grams of creatine per day for six weeks enhanced working memory and processing speed and reduced mental fatigue in vegetarians. According to the researchers, these findings underlined a “dynamic and significant role of brain energy capacity in influencing brain performance.”

best creatine creatine supplement how does creatine work how to use creatine side effects of creatine what is creatine in the body what is creatine used for
Share. Facebook Twitter Pinterest LinkedIn Tumblr Telegram Email
Previous ArticleHistorical Development of Modern Food Safety Management
Next Article Dopamine: The Reward and Reinforcement Neurotransmitter

10 Tips for packaging and relocation

Important Things You Should Know About Cryptocurrency

How to Make Money Trading Without Investing