Dopamine: The Reward and Reinforcement Neurotransmitter 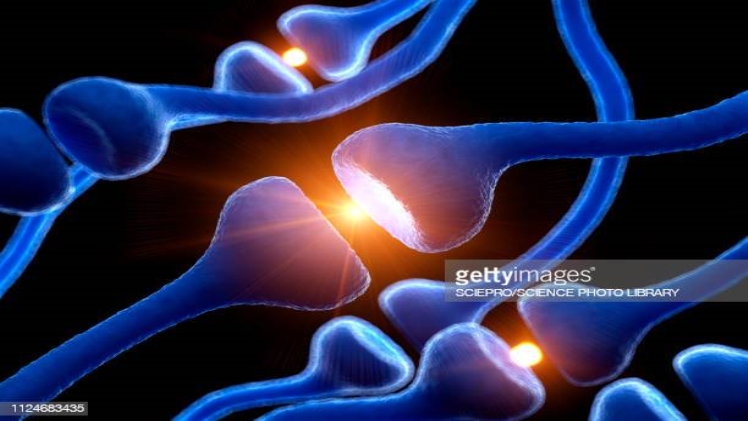 Like serotonin, dopamine is considered a “feel-good” neurotransmitter. It is most famously associated with motivation and reward, and it gets released when we do things like have sex, listen to our favorite music, eat, or watch our favorite sports team succeed. It also spikes when a new work opportunity or promotion presents itself, when we spot someone from across the bar that we find attractive, or when we get a notification of “likes” on social media posts.

When goals are set and met, our dopamine system lights up, helping to motivate us to do things that evolution has deemed good for us and the species. But this system, like many others, can become dysfunctional in the modern world. Because of dopamine’s role in motivation, it is heavily involved in aspects of executive function, where it mediates motor control, arousal, and reinforcement. Its presence is reduced in addicts, who attempt to normalize their levels with substances or actions.

This is one of the reasons “uppers” are so addictive, as they commonly increase levels of dopamine in the brain, via a variety of mechanisms. Cocaine, for example, inhibits dopamine reuptake, resulting in increased dopamine concentrations in the space between neurons. Methamphetamine, on the other hand, causes a flood of dopamine from the presynaptic neuron, while also preventing its reuptake.

“Crystal meth,” one form of methamphetamine, is highly neurotoxic, killing off natural dopamine-producing cells, which compounds its highly addictive nature (and keeps Walter White in business). In Parkinson’s disease, the dopamine-producing cells of a specific part of the brain called the substantia nigra become damaged, so patients can take dopamine-boosting drugs that alleviate symptoms for a time.

Eventually, these medications lose effectiveness in part because the artificial flood of neurotransmitters causes the downregulation (or lessening) of dopamine receptors throughout the brain. 25 This is actually a self-regulating mechanism that all neurons have to reduce or increase the cell’s sensitivity to neurotransmitters, but it is especially risky with dopamine. One peculiar side effect of dopamine-enhancing therapies in Parkinson’s disease is a potential increase in “risky behavior,” including pathological gambling, compulsive sexual behavior, and excessive shopping.