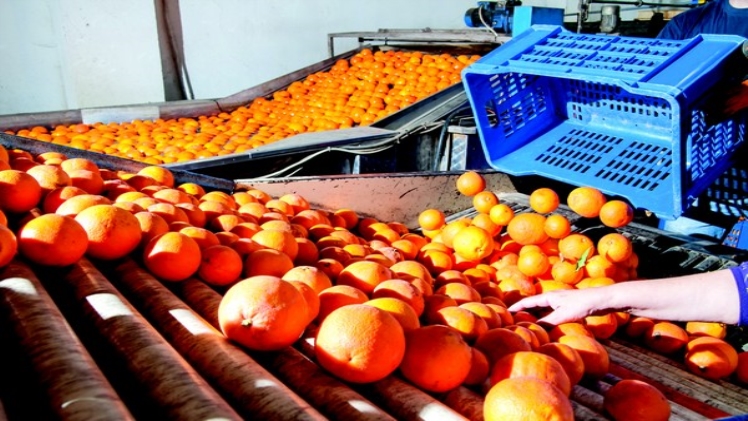 The agricultural industry waste proves to be an immense reservoir of materials of natural origin. The exploitation of this waste provides natural products of inexpensive starting material like antioxidants. VIORYL SA (Athens, Greece) is a representative example of a Greek company where research is carried out on pressed grape skins from the winery waste and the citrus peel after juice removal.

The main features of this approach are: choice of solvent(s), for efficient extraction and recycling, environmentally innocuous as possible and selecting conditions for non-destructive product recovery (Kefalas, 1991). An extensive literature search on disposal and utilization of solid vegetable, fruit and other organic waste was conducted. The study considered the implementation of anaerobic digestion, animal feeding, composting, edible fiber recovering, fermentation, incineration, pyrolysis and soil amendment as options for environmental management systems (EMS) (Walsh et al., 1993).

The factors involved in the land application of strong citrus wastewaters were described (Jones and Horvath, 1993). Typical flavonoids, such as hesperidin and naringin, which have pharmacological properties, were extracted from orange, grapefruit and bergamot peels Potential and Representatives for Application of EMS to Food Industries 9 (el Nawawi, 1995; Calvarano et al., 1996). Both flavonoids were released by extraction of peel with hot water and Ca(OH)2.

The effect of peel maturity and recycling of the extracting liquor led to an increase in yield of both hesperidin and naringin. The highest yield of naringin and hesperidin were 15.2 g/kg and 12 g/2 kg peel, respectively (el Nawawi, 1995). Three sequencing batch reactors (SBR) pilot plants for treating potato processing wastewaters were operated at various temperatures, in order to study the differences occurring at these temperatures.

Although only slight differences in effluent soluble COD concentration related to temperature were reported, nitrification was substantially reduced at low temperatures (12°C). Phosphorus removal significantly dropped at the highest temperature (32°C) (Grant et al., 1994). Utilization of waste mushroom compost as an adsorption medium and as a microorganism source to remediate insecticide rinsate was also investigated.

The compost was shown to absorb carbamate pesticides from aqueous solutions and does not have an inhibitory effect within the concentration range of 0–30 mg/l. Another relevant study reported the composting of potato peel waste which, amended with sawdust and urea over a 3- to 4-week period, resulted in a 51% loss in weight and 27% loss in dry matter (Lowe and Buckmaster, 1994). The process selection methodology and analytical problems are associated with phosphorus removal from oil seed and wastewater from vegetable production. The performance of an anaerobic upflow blanket type reactor for the treatment of olive oil production wastewater was evaluated (Ozturk et al., 1992).

GoMovies123 is a pirated movie downloading site, so be careful when downloading from there.