PROTEIN ON A KETOGENIC DIET 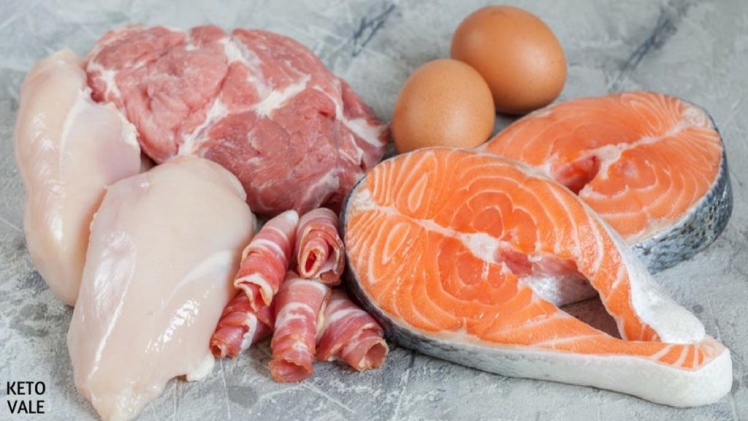 Contrary to popular belief, ketogenic diets are not meant to be high in protein. This is because excess protein (beyond what is required to maintain your muscle) can be transformed into glucose in the body, a process called gluconeogenesis. Dietary protein is also insulin-stimulating, albeit to a much smaller degree than carbohydrates—insulin helps to shuttle amino acids from the protein into skeletal muscle tissue to aid in repair (this is helpful in the context of resistance training, for example, where it promotes muscleprotein synthesis).

The ketogenic diet has been in clinical use for over eighty years as a powerful treatment for epilepsy, where it can dramatically reduce seizure incidence and calm inflammation in the brain. It’s been so effective, and its safety record so robust, that it’s currently being evaluated as a therapeutic option for numerous other neurological diseases.

Migraines, depression, Alzheimer’s, Parkinson’s, and even amyotrophic lateral sclerosis, or ALS, are all conditions that have been associated with excessive brain inflammation. 21 Any of these conditions may theoretically benefit from ketones not only for treatment but in prevention. (The ketogenic diet has been found to improve memory function in patients with mild cognitive impairment — considered pre-dementia —and even early Alzheimer’ disease.) 22 Ketogenic diets are also being studied as a potential treatment for certain cancers.

The cells of these cancers thrive in high-insulin environments and don’t have the “hybrid technology” of the rest of the body, which means they are unable to survive off of ketone bodies. Whether this plays out long-term remains to be seen, as cancer cells are notorious for circumventing, mutating, and adapting to even the most toxic environments.

At the end of the day, however, insulin and closely related “insulin-like peptides” called IGF1 and IGF2 are powerful growth factors for any cells, healthy or cancerous, that contain receptors for them. 23 Whether used to treat neurological problems, to serve as a metabolic reset for those with type 2 diabetes (a ketogenic diet will, on average, halve the amount of circulating insulin and improve glucose control after just one day), or for those looking to shed a lot of fat fast, ketogenic diets hold a lot of promise. 24